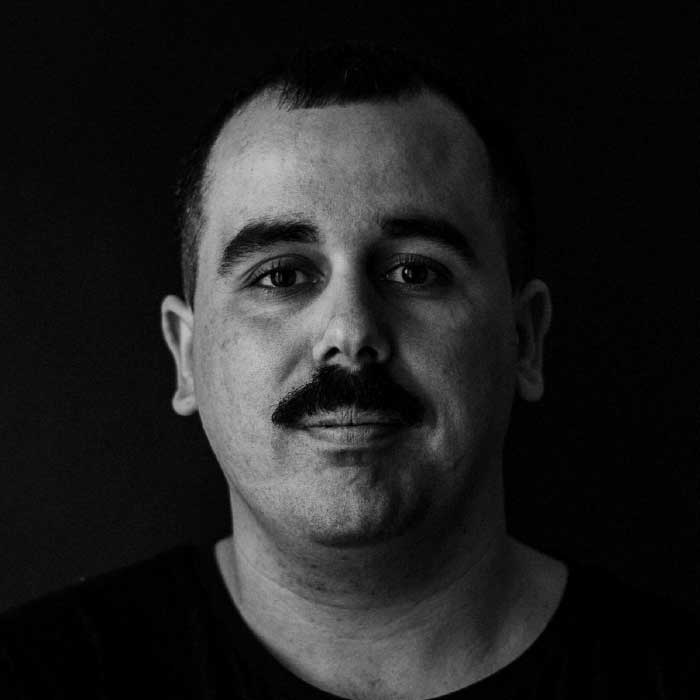 Born in Malaga in 1993, his musical adventure begins as a child while he listened to his father building chords. Over the years and after discovering different sounds which were totally new and attractive for his age, he began to be influenced by styles such Minimal from Romania, Microhouse, Electro, House and Breaks. AS a result of this, he started djing in 2014, always accompanied by his friend Ignacio Morales, who has been a big influence on him.

At that time, he realized that his true passion were vinyls and he started playing only vinyls. In 2016 he released his first EP; since then, he also began to take music production seriously and started collaborating with labels such as Vatos Locos, Blind Vision, La Vie en Rose, Frost Plates, Psicodelica, Soblazn, Kina Music, Honne Music, Totoyob, Other Thoughts and Inwave.

Nowadays he combines his facet of producer together with djing at parties in Madrid, Malaga and Ibiza, where he has his own studio and has produced his first two vinyls to be released in 2020 on Ewax, he will also take part of two VA on Resketch. Ildec has created a very promising new project, a music label called DECNA with his Ignacio Morales.

After the response we had from the last Men I Trust edit we gave away, we thought it would be rude if we didn’t give ya’ll another one. This time ildec steps up to make his debut on the channel and what an edit it is. This ones going to do the rounds for along time. Enjoy.